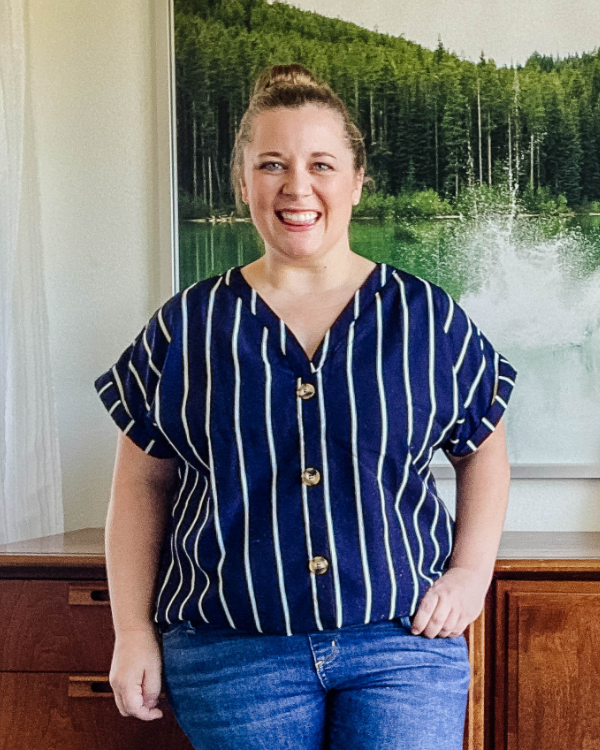 Last January, I documented all of my 2016 house goals in one big blog post. I wanted to share all of my project plans and decorating dreams, and I also wanted to have that list to look back at a year later. It’s fun to see the progress made on the house in one year, and it’s also comical to laugh at how miserably I failed on other house goals. So today begins a new yearly tradition of “grading” myself on how I did with my house goals from last year. Let’s take a look! 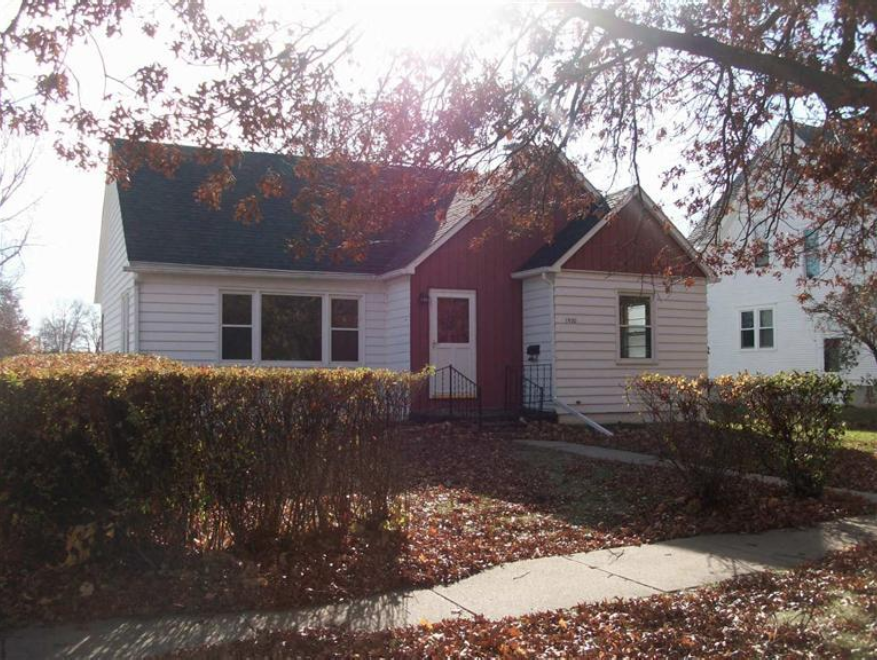 I had grand plans for outdoor projects, but I can’t officially check off any of the items I listed a year ago. What a total fail! I had hoped to up the curb appeal by removing the crazy bushes out front and creating a pretty patio to the left of the front door (there’s already a cement slab there). Those projects didn’t happen, but I did make some progress on planning them, and I’m hoping to get to work on the curb appeal items once the weather warms up this spring. Other items on the list were clearing out the junk leftover from the past owner in the garage, which I partially accomplished, and disguising the falling apart retaining wall in the backyard. Lots of exterior work to do in 2017! 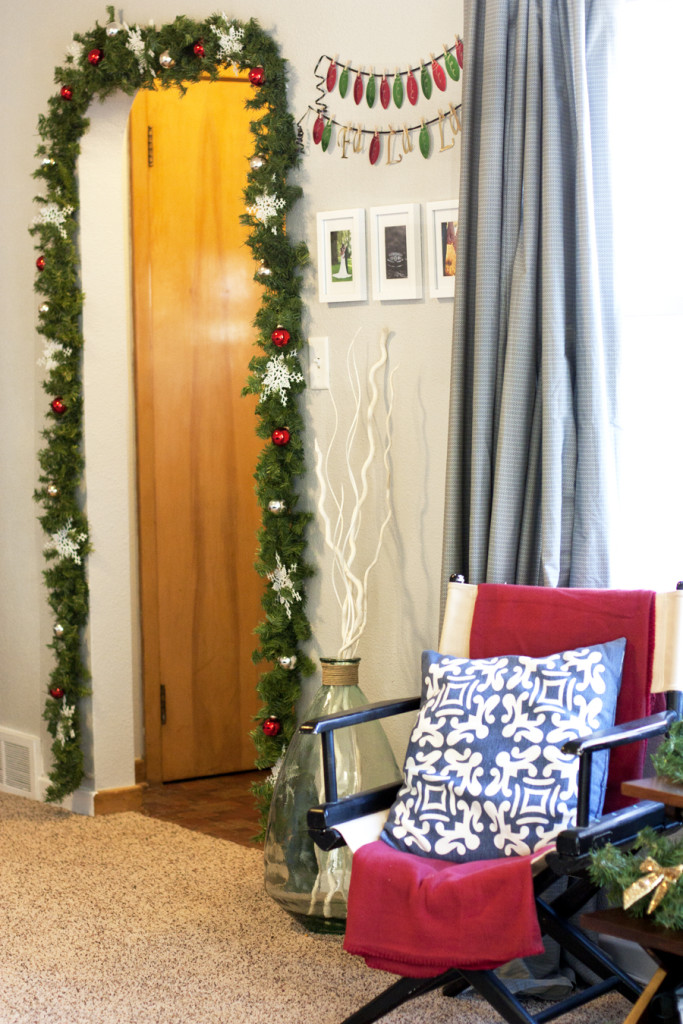 Oh goodness, I didn’t make much progress here either! Good thing these grades are arbitrary, because I’m not doing so hot! Our entryway is the tiniest little nook inside our front door, but I did want to add coat hooks behind the door, organize the coat closet, paint the doors and paint the trim. I didn’t get any painting done or hooks hung, but I did completely clean out the coat closet and reorganize everything a couple weeks ago. We really don’t use this closet much, so there was a lot of clutter stashed inside that I was able to get rid of! 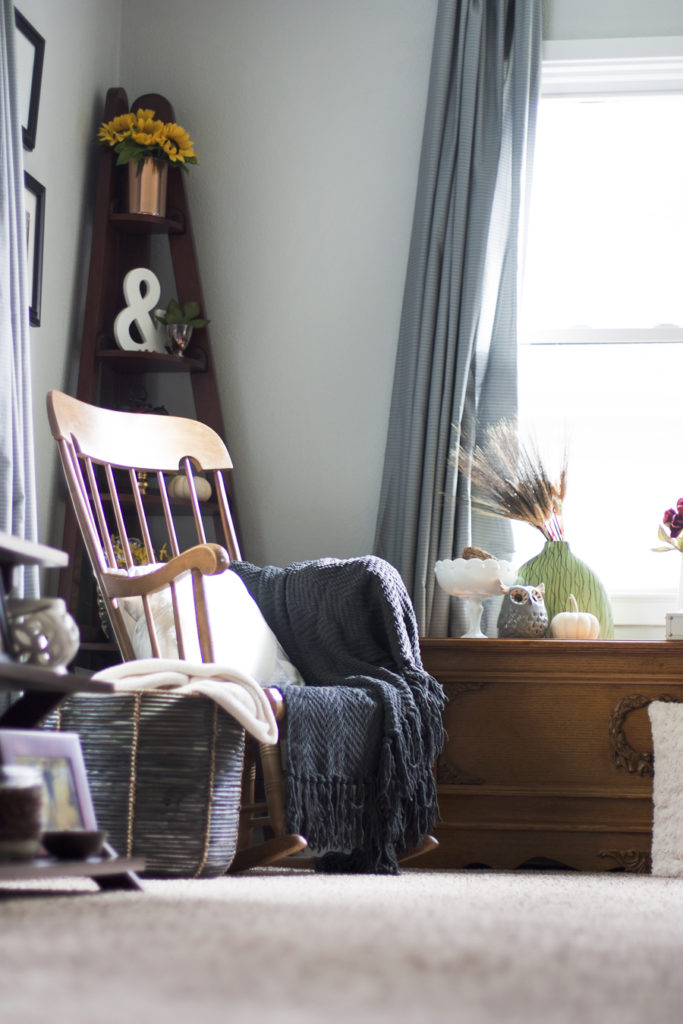 Since I focused on the living room quite a bit in the first year we lived in this house, there wasn’t a whole lot on the list for last year. I wanted to add a bit more seating, which I did by bringing in my thrift store rocking chair, an old director’s chair and a small bench. I also wanted to add more art on the walls, and still have work to do on that. I also wanted to upgrade the light fixtures, which will remain on the list as a future project. 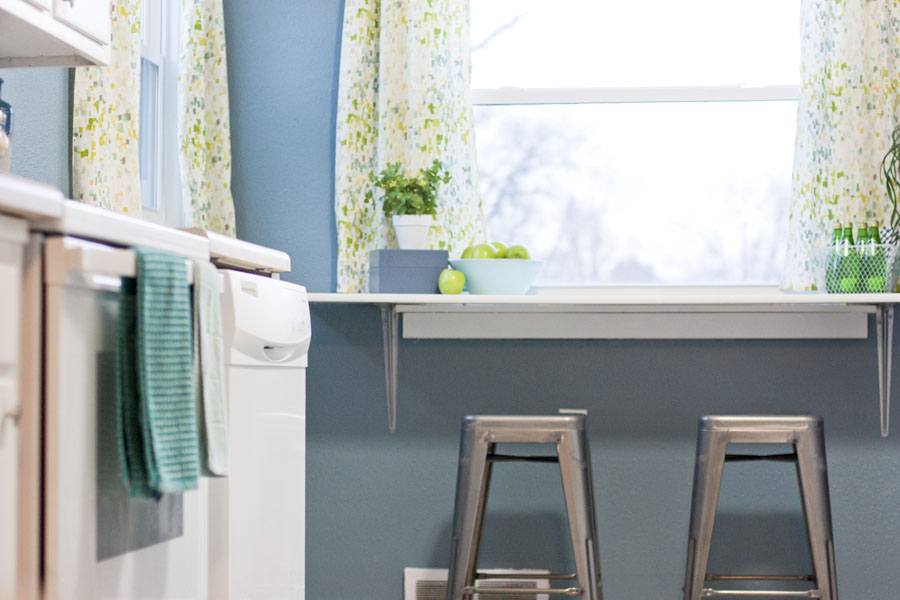 I did a lot of work to our kitchen in 2016 and am so happy with how it looks! I accomplished everything on my goal list ranging from hanging curtains to touching up paint and organizing cupboards. The one item I didn’t tackle was adding pullout shelving to the pantry cupboard, so that will be going on the 2017 list. 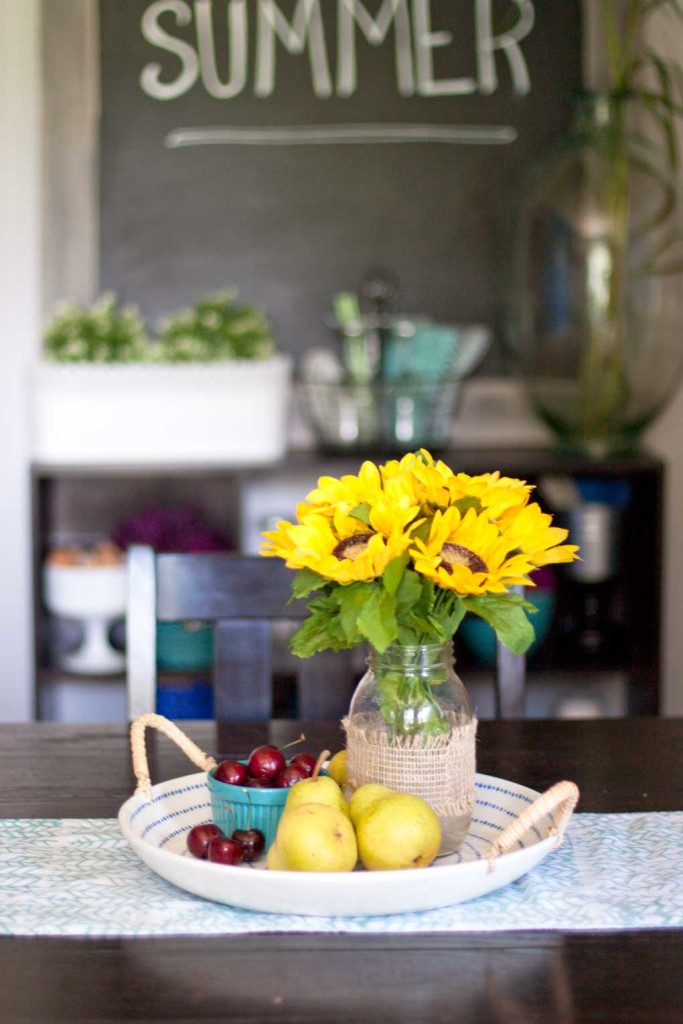 I’ve been spending a lot of time planning projects for the dining room, but I haven’t executed any of them yet so I failed at checking anything off of my 2016 list. I think the dining room is going to be my next big room project, and all of the items from last year’s checklist are still in the plans including painting the hutch, upgrading the lighting, adding a gallery wall and organizing the cedar closet. 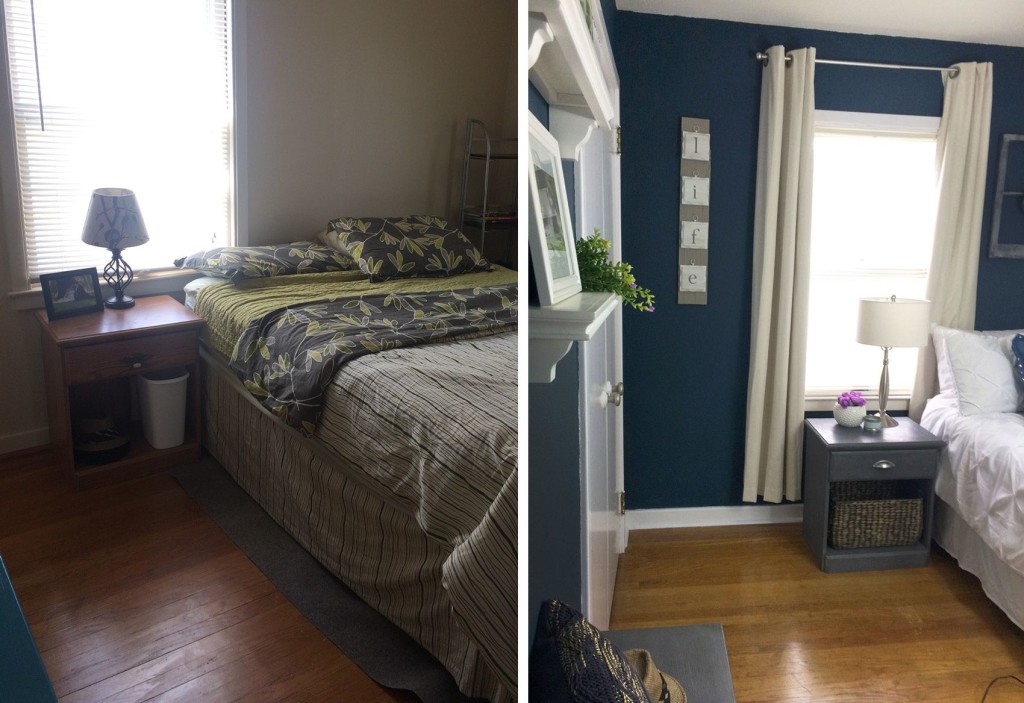 I totally aced this room! Our master bedroom saw huge improvements in 2016 and I tackled nearly everything on the list: painted walls + trim, curtains, organized closet, painted dresser. The one item left undone is to add/build a headboard.

This bedroom is currently used as our office and hasn’t really been touched since we moved in two years ago. I had planned to paint the room, but decided to table that project for later. I did purge the clutter and organize the closet as I had planned! 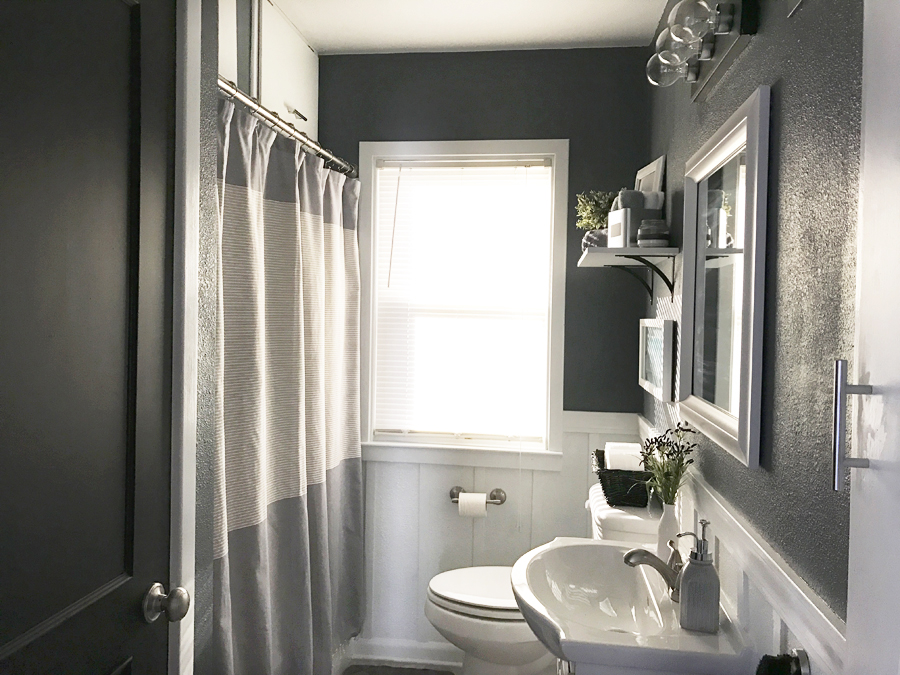 I knocked this project out of the park! I completed every single task on the list including painting the walls + trim + doors, organizing the closets, adding a shelf above the toilet, upgrading the mirror and replacing the shower curtain. 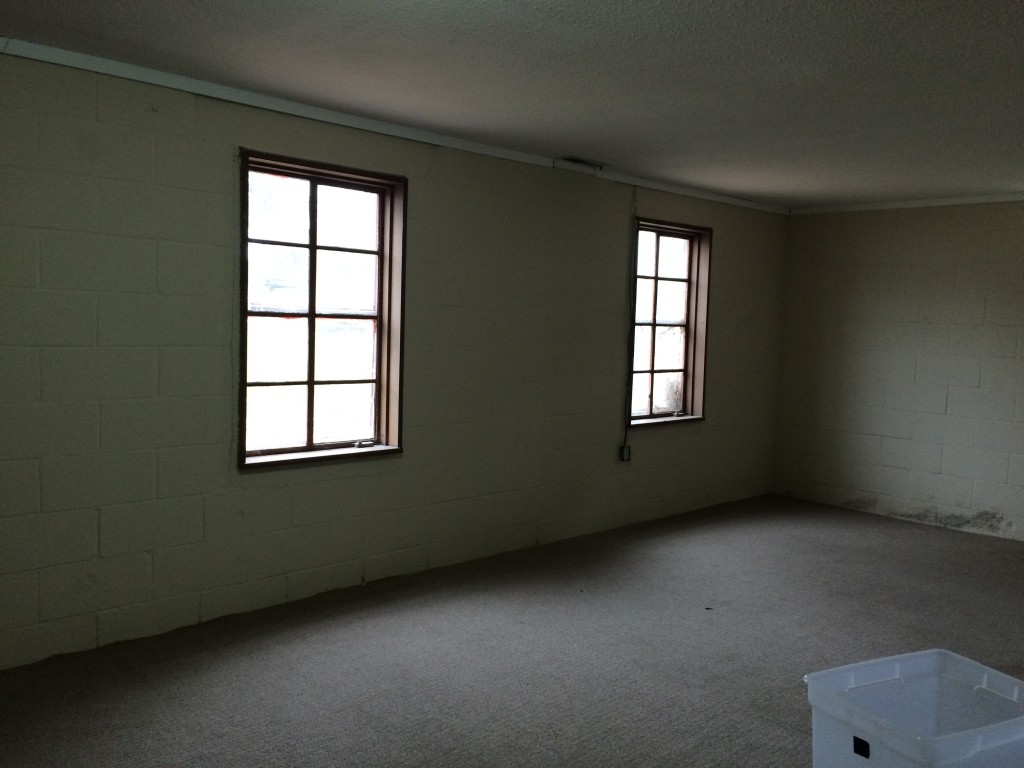 This is a room I’d love to tackle, but we ultimately decided to hold off on it and focus our time and money on the upstairs for now. With just the two of us, we don’t really need the extra space right now anyway. We have a walkout basement, which sounds fancy until you see the lackluster room ;). This room looks the same as this photo from move-in day, just picture some stacks of storage boxes in the corner.

This is one of those projects that’s easy to put off because it’s in the basement where no one sees it and it functions just fine, although it’s far from pretty. While I could dream about a lot larger projects like lighting and drywalling in this unfinished area, for 2016 I had hoped to improve the space by adding some shelving and sprucing things up a bit. 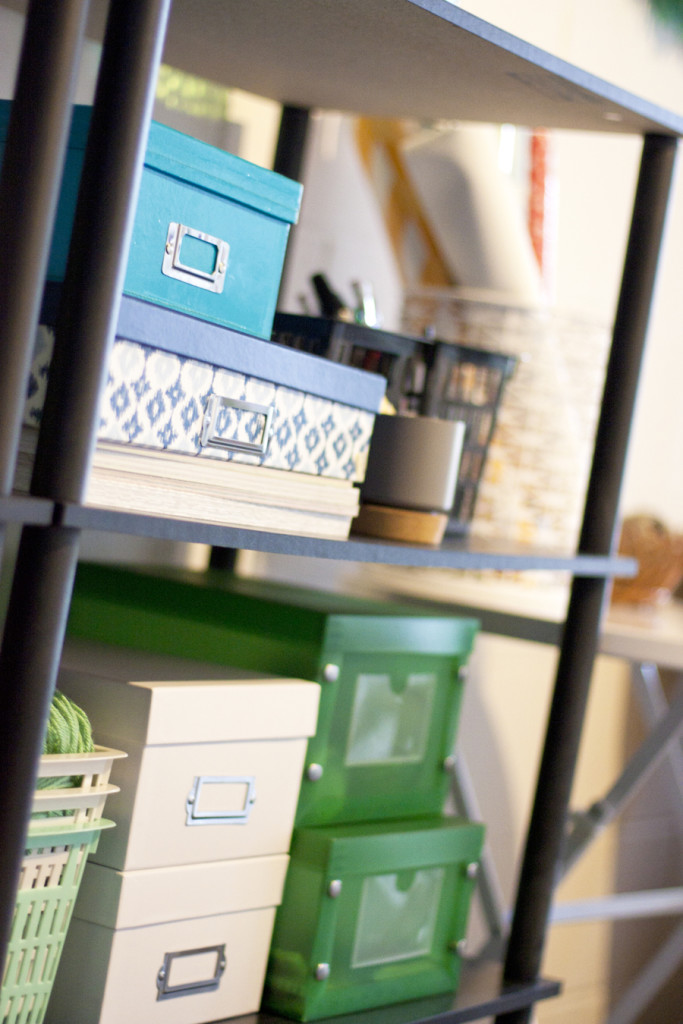 This project was easy to ace! I had just wrapped up a total makeover of the craft studio at the end of 2015, so my only goal for 2016 was to improve the organization in this space. I spent a few afternoons organizing my craft supplies and finding space for a lot of my paint and home improvement supplies. And I can honestly say it’s clean and organized as I type this!

I hope you had a good laugh at this report card! I clearly had lofty goals for 2016 and, while I didn’t accomplish even half of them, I’m still really proud of all of the progress I made last year.

I’ll be back next week to share my 2017 home goals! I’m going to try to keep them a bit more realistic than I did last year ;).

Have an splendid day!

Small Bathroom Makeover: Updating Our Builder-Grade Bathroom On A Budget

Board & Batten Wall Ideas: Which Rooms To Add Board And Batten To

Before & After: Chloe’s Pink Bedroom